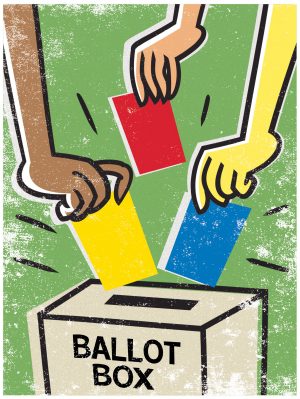 Designating petitions had to be delivered to the Board of Elections between July 9 and 12 last week. Turning them in early gives campaigns a little extra time to correct minor errors that the BOE may notice, but turning them in late gives campaigns a little more time to collect signatures and to get their files in order before handing in the petitions. And getting everything in order is serious business.

The process for getting a candidate’s name on the ballot for the Sept. 13 primary election is bound by strict rules, so numerous and complicated that most candidates have to hire a lawyer to guide them through, dotting the i’s and crossing the t’s. But one thing most candidates have to do is convince a large number of people to sign on to a designating petition. A signature isn’t a vote, or an endorsement – it’s just an acknowledgement that the signee thinks the candidate deserves to have their name on the ballot. But signatures are generally limited to enrolled members of the candidate’s political party, and nobody can sign petitions for two candidates in the same race. Candidates that don’t collect enough valid signatures, or that make other serious errors on the petitions, can even get kicked off the ballot. And competitors looking for an easier chance at victory police each other hard.

Our mission is to help get you on the NY Democrat Ballot.  We believe getting under-represented citizens on the ballot is key to a strong democracy.  We believe incumbents who have been in office for decades is its weakness.